Car Makes Noise When Accelerating at Low Speeds: What to do Next

This is a short guide to the strange and unusual noises your car might make while you’re driving it. Some car noises are perfectly normal. Others might suggest that you’re doing something wrong, or that your car might need a service.

As you’ll see, the best thing to do should you hear almost any unusual noise while driving is to head to a mechanic as soon as you can. Strange noises suggest developing issues, and it’s best to address these issues before they become serious problems!

A loud rumbling noise when accelerating might suggest there’s a problem with your exhaust system. There might be a leak somewhere, and the rumbling is the sound of your system working extra hard to manage excess exhaust fumes.

Apart from this, different noises can mean different things:

A squeaking noise when you’re driving slowly is very likely to indicate a problem with your brakes. Maybe your wheel bearings are getting worn. Or maybe there’s an issue with your brake pads or discs.

If you hear a squealing noise when braking, then it’s certainly time to replace your brake pads. For some brake pads, this squealing is a design feature. It’s the pads’ way of telling you that they’re worn down, and that you need to get a replacement as soon as possible.

Obviously, if there’s anything wrong with your brakes, you need to sort the issue out immediately. This squeaking sound might simply mean you need a bit of lubrication. Or it might indicate something more serious. It’s best to be sure.

Knocking Noise When Going Over Bumps

And if this is the case, then you know what to do: See a mechanic immediately!

Safeguard Yourself Against the Worst Case Scenario

It’s always better to be safe than sorry. If you hear any strange noise while driving, don’t ignore it! Take a note of when it happens, and of how it sounds. Then contact a mechanic as soon as you can.

Odd noises in the car are often a sign of a developing problem, so the sooner you sort it out, the better. But sometimes, cars can break down quite without warning. Unless you have adequate cover, you could be stranded for hours, awaiting rescue.

That’s why it pays to add breakdown cover to your comprehensive car insurance policy. It’s a guarantee that, no matter what happens, help will soon be at hand. 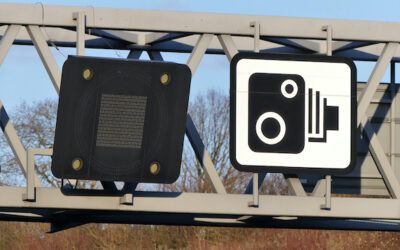 END_OF_DOCUMENT_TOKEN_TO_BE_REPLACED

Do You Have to Have Your Driving Licence on You?

If you’re new to driving, or if you’re in the process of replacing your licence for whatever reason, then you might not be aware of what the rules...

END_OF_DOCUMENT_TOKEN_TO_BE_REPLACED

How to Stop Being a Nervous Driver

Lots of things can make people nervous drivers. Learners and new drivers are often nervous behind the wheel, as when you’re inexperienced...