Types of Road Markings – Give Way, Hatched, and Solid Lines

Road markings are like a language written on the road. And if you want to pass your theory test and become the best possible driver, you’re going to have to learn to speak that language!

In this post we’ll explain what the various road markings mean, and what you should do when you encounter them while driving. This is the sort of information that might come up in your theory test, so it’s certainly worth familiarising yourself!

We’re going to look at each of these in more detail.

Types of Road Markings Across Roads

These come in many forms, but they all mean essentially the same thing: STOP! Examples of stop lines include:

Types of Road Markings Along the Middle of Carriageways

All of these road markings are designed to separate lanes from each other, and to warn you of potential hazards, such as:

You can find a detailed guide to what these various lines mean, and the rules they communicate, through looking at Rules 127 – 131 of the Highway Code.

Types of Road Markings Along the Edge of Carriageways

These road markings are essentially designed to communicate stopping and waiting restrictions.

Boxed areas along these road markings indicate designated areas where it’s OK to park. There will always be signs nearby explaining the restrictions. Red boxed areas on London Red Routes are only for loading and unloading, and for a maximum duration of 20 minutes.

Here’s some other types of road marking you may encounter on your travels:

Finally, there are bus lanes and bus stops. Read our guide to correctly identifying and navigating bus lanes here.

You’ll Soon Learn the Language of the Road!

Like all aspects of driving, the more time you spend behind the wheel, the more road markings will become second nature. After a few years of driving you’ll never think twice about what each individual road marking means. This is the sort of thing you’ll never forget. But one other thing you should never forget? To safeguard yourself against accident and injury with comprehensive car insurance! 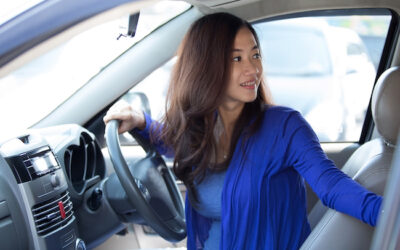 When May You Drive Without Wearing Your Seatbelt?

You might get this question on your theory test: When may you drive without wearing your seatbelt? When you’re making a journey of less than 1 mile...

END_OF_DOCUMENT_TOKEN_TO_BE_REPLACED 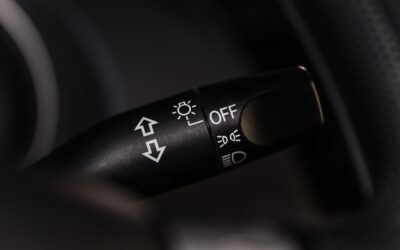 Driving Without Lights at Night: Penalty in the UK

The penalty for driving without lights at night can vary depending on the situation you’re in and whether it is classed as a minor offence or...

END_OF_DOCUMENT_TOKEN_TO_BE_REPLACED

Can You Drive Straight After Passing Your Test?

Can you drive straight after passing your test? Yes! As soon as you pass your driving test, you’re a fully-qualified driver. Your examiner will give...