Where Should You Never Overtake a Cyclist?

Where should you never overtake a cyclist? You might get asked this question in your theory test, and it’s a situation that might come up in your practical test. But this isn’t just an issue for learner drivers. It’s something that all drivers should understand, no matter how long you’ve been driving.

So let’s take a look at what the law says, before exploring some best practice guidance for sharing the road with cyclists.

Where Should You Never Overtake a Cyclist?

The question on the theory test will look a little something like this:

You should never attempt to overtake a cyclist…

So which is it?

It’s A. You should never attempt to overtake a cyclist just before a left turn.

If you need to make a left turn, and there’s a cyclist in front of you, wait until they’ve passed the junction before turning.

Why Shouldn’t You Overtake a Cyclist Before a Left Turn?

If you overtake the cyclist before turning left, then you’ll drive directly into their path. Unless they react VERY quickly, they’ll slam right into the side of your car.

This question confuses many learners. The way it’s worded suggests that it’s referring to the cyclist turning left, instead of you. But like with many aspects of driving theory, it’s quite obvious when you think about it.

When Is it Safe to Overtake a Cyclist?

The Highway Code states that you should give cyclists at least as much space as a car. So when considering overtaking a cyclist, ask yourself: Would I try and overtake if it were a car in front of me, rather than a cyclist? If the answer is “no”, then it’s probably not safe.

So it’s safe to overtake a cyclist when:

Cyclists have just as much right to use the road as you. That’s why you must treat cyclists just like you would any other road user – with patience and respect.

There’s a very informative video guide to safely overtaking cyclists on the Guardian’s website. The text of the article itself is very dated. But the advice in the video is clear and timeless. Watch it here.

Help Make the Roads Safer for Everyone

Though they have the same rights as everyone else, cyclists are considerably more vulnerable than any other road user. So while you should treat a cyclist with just as much respect as you would any other vehicle, at the same time you should take extra care when driving near cyclists. If you can, give them more space than you’d give a car. Be extra vigilant of any sudden changes in circumstances, and be ready to react to whatever happens.

Unfortunately, even the most careful, sensible and experienced of drivers may still get involved in accidents. That’s why it’s important to get yourself insured with comprehensive cover. That way, if anything does ever go wrong, you can rest assured that everything will be taken care of. 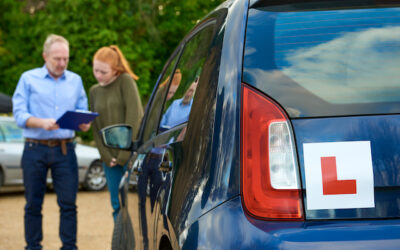 How Long Does It Take to Learn to Drive?

According to the DVSA, the average UK learner driver needs around 45 hours of lessons and 22 hours of practicing before they’re ready to pass their...

END_OF_DOCUMENT_TOKEN_TO_BE_REPLACED 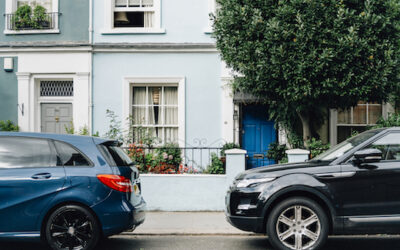 What Should You Do When Moving Off From Behind a Parked Car?