To make the Super Ten games even more super, Go Girl are delighted to announce the return of our exclusive, court side sofa! 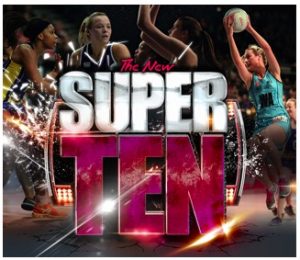 On 25 February 2017, the Vitality Netball Superleague’s Super Ten is heading to Birmingham’s Genting Arena, for a full day of nail-biting netball.

Superleague fans will get to enjoy five of the most exciting games of the year, all played out on one nail biting day.

We know the excitement could easily be just TOO much, so we are offering five super fans the chance to have their seat upgraded to our exclusive, court side sofa for one of the games.

As well as the best seats in the house, you’ll receive complimentary snacks and drinks which is just what you’ll need to keep your heart rate steady during what promises to be one of Netball’s most exciting days of the year. 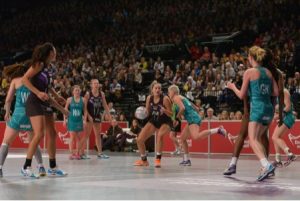 The Super Ten features five of the best UK netball teams going head to head. At 12pm, we kick off with Loughborough Lightning v Severn Stars. Then the Sirens will get to hear the roar of the Celtic Dragons at 2pm. Next up at 4pm, Team Northumbria are meeting the League’s newbies, Wasps Netball. Then at 6pm, expect lightning flashes of brilliance as the Surrey Storm gather to meet the Manchester Thunder. Finally, at 8pm, we end on a high note, as former Champions Hertfordshire Mavericks meet Team Bath.

For your chance to win a spot on the best seat in the house, the Go Girl Super Sofa, please follow this link and complete a short survey.

Winners will be selected at random, and contacted via email and telephone. Please note, this is a free ticket upgrade and you must have purchased a ticket to have the chance of winning. Maximum of 3 people on the sofa per match.