Our survey found young drivers were 2.5 times more likely to drink drive than their parents expected, while  a quarter of young drivers admitted to using their mobile phone at the wheel.

In a survey run by Go Girl, we asked young drivers and parents about their experiences learning to drive and once they start gaining their freedom after passing their test.

The full report details the responses of young drivers and parents to our survey questions and more results from our Freedom of Information requests on road traffic accidents for under and over 25s. 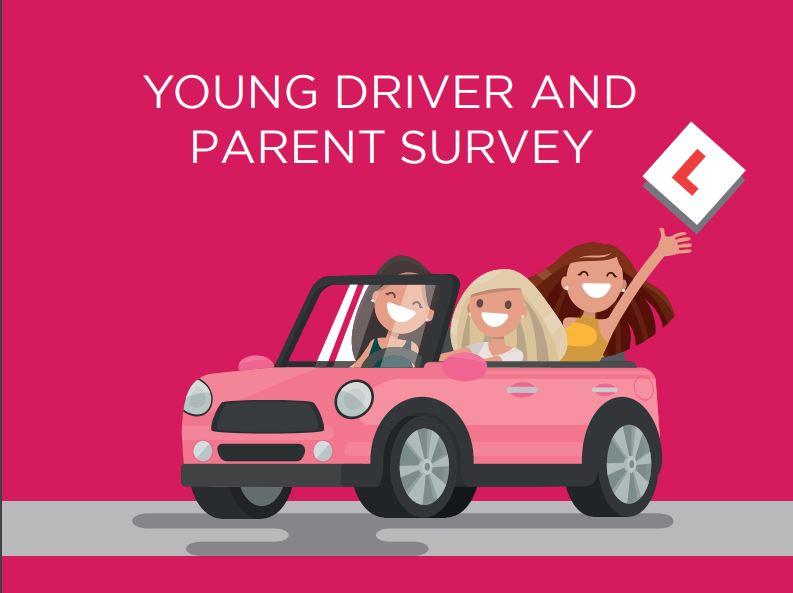 Our survey suggests that parents could be out-of-touch with their children’s poor driving behaviours by underestimating all of the poor driving habits we asked about.

26% of young drivers admitted they had texted or messaged someone while driving.

This is a worrying trend, as a Freedom of Information Request found that 17 to 24 year olds were 4.7 times more likely than older drivers to be involved in an accident when a mobile phone was a contributing factor.

Almost a fifth of young drivers admitted to driving without their seatbelt, two times more likely than parents expected.

Despite the gross underestimation by parents, driving without a seatbelt continues to be a huge safety issue for young drivers. From a Freedom of Information Request, we found that under 25s were more than four and half times more likely than over 25s to be involved in a fatal accident while not wearing a seatbelt.

We found that young drivers are 8 times more likely to learn to drive with an instructor than their parents.

Young Drivers are More Practical about the Reasons to Learn Together

The key motivations for learning to drive together were different for parents and young drivers. Young drivers were much more practical, they were more likely to quote saving money on lessons and practising in the car they’ll drive later as the best aspects about driving with parents. However, parents were more concerned with the learner. They believed making the learner more comfortable and easing their nerves were the best aspects of teaching their children to drive.

Parents and their children could agree about one thing. Both said that arguing was the worst thing about learning to drive together.

Young Drivers were 5 times more likely than their parents to question the accuracy of parents’ teaching. Young Drivers found it to be the second worst thing about driving with parents, which could go some way to explaining how arguments could easily begin.

The most popular agreements between young drivers and parents were relating to the use of mobile phones and alcohol or drugs.

However, there seems to be a clear mismatch in the agreements. While young drivers were under the impression they had agreed to restrictions about phone use and night time driving, parents claimed to have agreed to a limit on the number of passengers and planning destinations in advance.

Our Freedom of Information Request found that drivers under 25 are over 5 times more likely to have an accident at night (between the hours of 8pm and 4am) than drivers aged 25+. This just shows how important it is for parents and young drivers to discuss and agree on issues concerning night time driving.

The likelihood of young drivers having an accident increases with challenging conditions, with flooded conditions being the worst.

Despite this, we found no evidence of driving agreements with parents and young drivers which considered driving conditions.

The full report details the responses of young drivers and parents to our survey questions and more results from our Freedom of Information requests on road traffic accidents for under and over 25s.